So the last several posts have been some thoughts on adoption or orphan ministry in general. I thought in this post I’d give an update on where The Carlson Family is in the adoption of our children from Poland, but this will take a few posts to do, so be patient! 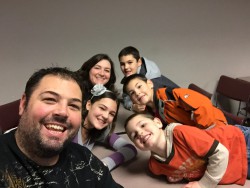 At the State House Getting Apostilles

Our dossier (the legal document put together in the US and sent to the country of adoption) arrived in Poland in early November. We really thought it would be translated and sent to be reviewed before Christmas. Well…that didn’t happen. There were some other needs which took president and our dossier wasn’t fully translated until January. It was finally submitted to the local adoption center on February 5th where they reviewed it and decided not to approve it that day. They were concerned about our income and our the size of our home.

I think the committee chair even mentioned how he wasn’t sure if he wanted the adoption to continue.

Well that will mess you up!! We were scared and really spinning, unsure what this might mean. Had we fought for seven months for these children to now have it all fall apart? Had we raised $35,000 to make these children part of our family in vain? It couldn’t be. No way.

I was angry. How dare they. How can they have the nerve to threaten the continuation of this adoption now? I couldn’t’ believe what I was hearing.

But God….This didn’t surprise him. Amy and I were scheduled to lead a leadership retreat for the church we pastor that very weekend. I wasn’t sure how I could do it. I’m kind of an emotional person and generally this kind of stuff makes me want to do nothing but have a pity party.

But God….He was sitting right there in our guest room, as I talked with our wonderful case worker that Friday afternoon, calming my fears and whispering in my ear, like He has so many times….”Jeff, do you trust me?” I had to admit I did, but man I wanted to do something about this situation over which at that moment I had no control. I hate that feeling. Don’t you?

I went to the retreat. I led the retreat. I believe we were able to make MAJOR progress for our church and ministry that weekend.
Spiritual Battle #1: ACCOMPLISHED!

Sunday we showed up for church. I’m a driven pastor and like to stick to the script most Sundays, unless of course, God reveals other plans. I just felt a strong conviction of victory during the worship time. After worship, we tend to move into a time of prayer for people’s needs. One of our leaders prompted me the church should pray for the Carlson’s situation. Initially I said “NO, this can’t be about us.” I was wrong. Again, the Holy Spirit whispers to my ear….”Jeff, this isn’t about you, do you trust me?”

That’s the moment I understood something about God. When God does something, anything, in someone’s life, it’s never JUST about them. It’s about others around them. It’s about the people who will have to be involved. It’s about God showing up and showing off so that everyone will know how great He is. This roadblock wasn’t just about us and our emotions. It was about our agency seeing God’s hand move. This was about our advocate on the ground in Poland witnessing a turn of events God has orchestrated. And this was even about the committee, or the chair of the committee and God having a run at his heart. This was about my church, partnering with us for this miracle to rejoice what God was about to do. There are always so many facets to what God is doing. It’s never JUST about you. Remember that.

As the church gathered around my wife and I and prayed, the Lord reminded me of a story in Acts 12. Peter was in prison for preaching. The church was scared and doing only what it knew to do….they were praying for God’s divine intervention. As my church prayed for me, I heard Him whisper to me again, “When the Church had prayed, the angels were dispatched.” When the Church had prayed. Not before they had prayed but when they had prayed. At that moment, as we said “AMEN!” I knew it was done. At least this hurdle. It would be OK
Spiritual Battle #2: ACCOMPLISHED!

We answered their concerns with data and heartfelt letters (kill ’em with kindness, right?). As I thought about what they were asking of us, it actually made sense. They had only a lump income sum. They had no idea or way of knowing if that was a descent amount in Central Indiana or if we were living near the poverty line. Legitimate question, I would say. Our dossier and these explanations when back before the committee on February 26th………………….